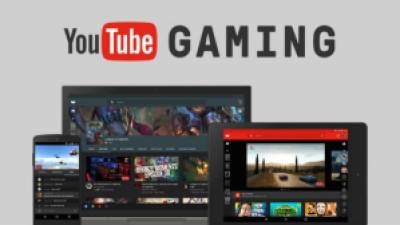 Google has launched YouTube Gaming’s Android and iOS mobile apps in India. The company had launched the app in August last year starting with the US and UK. YouTube Gaming is available to all users globally through its desktop version.

The app lets users ‘GO LIVE’ via a setting letting users stream content they are playing. However, it seems like Google has no way to know what users actually end up streaming as the company’s instructions mention that anything on your screen including notifications, calls, and passwords, will be recorded. Additionally, users can turn on the selfie cam and record their commentary while playing as well. Users can also launch specific games and start streaming via a floating video bubble that will appear when gaming.

Google had launched YouTube Gaming in August last year. Users can subscribe to channels, favourite games etc., other than stream and view games live. The platform currently competes with Twitch, which was acquired by Amazon for $970m in 2014. Twitch, which was launched in 2011, has the advantage of having being built up as a game streaming service and consequently, even offers an API for game developers to integrate into their games and enable direct streaming. Twitch  lack the feature to livestream mobile games.

YouTube originals for India: Last month,  YouTube  said it would launch original content. This came a month after the company announced the launch of its first first original content premiere on YouTube Red, a new $10/month service where users could watch videos without ads, original content and listen to music in the US.

Dont Forget To Visit http://windowssupport4u.blogspot.in/ (The All Round Info About Latest Tips And Tricks)

A Part Time Blogger and a Civil Engineer. He Does All Kind Of Social Media Marketing And Into Web development

Playbox Even Features a Mode for Kids

You may have missed

Old Magnetic Strip Debit Card Will Not Work From 2019. Orders Issued To Replace Them